A review of the book Of Dice and Men: The story of Dungeon and Dragons and the people who play it

I forgot how I came to know about Of Dice and Men but one day I ordered it. It moved quickly to the head of my reading queue, and got read fast - mostly during a transatlantic flight. 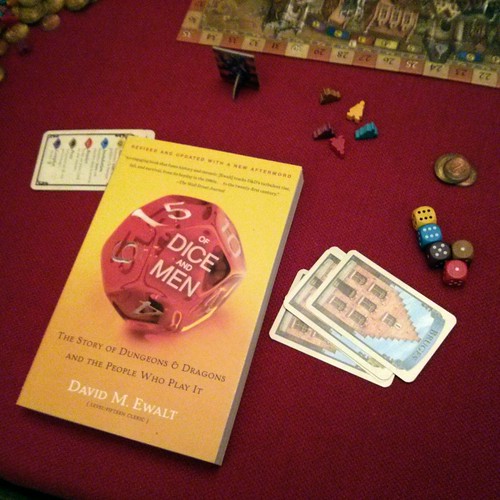 This books mixes the author experience in playing D&D, with what other players do and how Dungeon & Dragon came to be in the seventies. David M. Ewalt write a tale about a game and its players. Both are really linked to together.

First, his gaming group. Ewalt tells us how his gaming group is like, various experience with new addition to the group, good and bad, and he tells us about the fantastic campaign setting the Dungeon Master has developed for them. There are also game stories, the memorable moments in that campaign, putting an emphasis on the collaborative development of the story. This is not put in a single chapter but spread throughout the book. And for a reason ; it accompany us through the journey of D&D.

Part of the first chapter is explaining to people what a roleplaying game like D&D is. This is important: the audience of this book is not nerds like him or myself but people that may not be familiar with the topic and are curious to learn about it. I believe Ewalt get through the point rolling a 20. 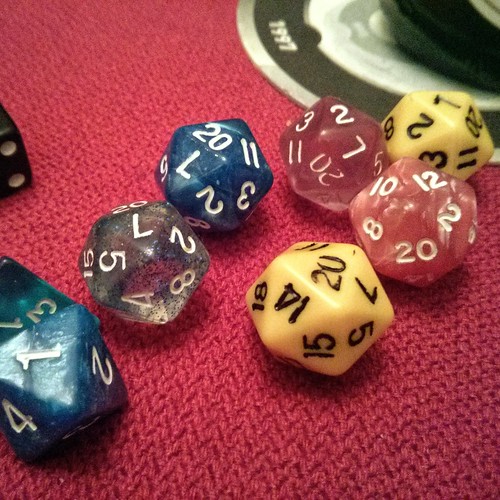 The story of D&D is really the center piece. How the games started in the mind of gamers and evolved through the mind of gamers, and all the accidents that helped or hindered. D&D Next, that is now available, being the end moment of that 40 years history with a critical success to go on.

There is the unavoidable part about the anti-D&D movement that accused D&D of the diseases of the universe, of being satanic, a non-sense that actually helped selling more of the game.

Strangely the Wizard of the Coast and Hasbro period seems to be skipped until D&D Next.

Then we are brought to the world of LARP (Live Action Role Playing) or gaming live in costumes ; a different kind of game, that Ewalt make us discover at the same time as he is.

I couldn’t put the book down. Despite knowing most of the story, the author tell it in a way that we want to know what’s next. After finishing it, I had one thing in mind: I wanted to play more. I wanted to run an Epic fantasy campaign. One that will spread accross a long period and that will make the players save the world. Or something.